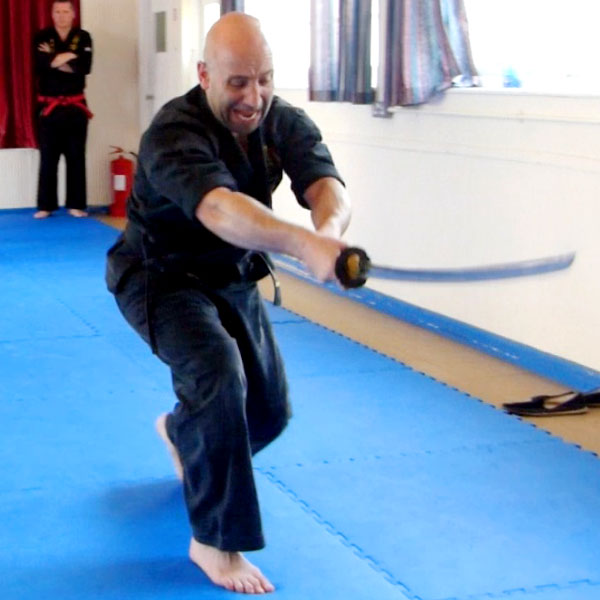 I started my Ju-Jitsu career quite late (compared to most), in my early 30’s (not the 1930’s!). A friend of mine was a Black Belt at a club in Wanstead and one brave day, I joined the ranks of the white belts as a novice at this Club

My Sensei was Jeff Pelta – an excellent and patient teacher, who was a firm believer in strong technical skills. I trained there for a number of years and slowly progressed to Purple Belt – the Wanstead Ju Jitsu Club was one of those clubs where you really earned your belts!

Having moved to North London some years before, the twice-weekly commute to Wanstead became too much. I trained for shorter periods at a couple more Clubs and then took an enforced break, after a shoulder injury. Eventually, just by chance, I came across Total Self Defense in Whetstone… it had been on my doorstep for years but I had never ventured in. I started as a Purple Belt and with support from all of the Sensei’s, progressed through both levels of Brown Belt and in December 2010, to Shodan Black Belt.

Achieving a Black Belt has always been a quiet ambition for me… something that you can only do for yourself, with hard work. I would (and do) recommend the Club to all. Another few years on the mat and I have now progressed to Nidan (2nd Dan).

I want to thank Kyoshi Steve McDade, Sensei Ioannis, Sensei Ibush and Sensei Gary Kattenhorn who have been so helpful and generous with their time and advice.  I have felt welcome in the club from the very first day.

Perseverance and hours on the mat are the way to succeed at Ju Jitsu.