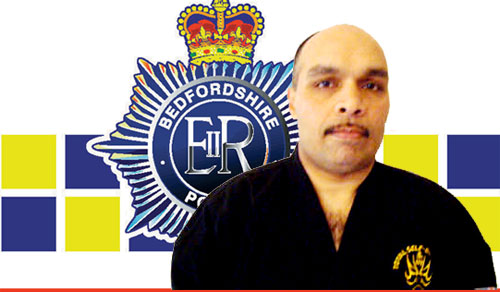 Being both deterministic as well as confident I have found Ju-Jitsu to be a natural choice for me. I was eleven years old when I first heard about martial arts, and his had been heavily influenced by one of the greatest fighters, Bruce Lee.

At a young age I had gained experience in a range of sports, yet found my unable to adapt within these environments. This had pushed me to find a sport that would be both, challenging as well as rewarding. This encouraged me to gain further knowledge on the area of self defence.

Initially my brother had begun his training in Ju-Jitsu whilst at university. This had made me realise how serious I was about joining Martial Arts. We then worked together to look further into karate which had been based within Central London. However, we found that the classes had been too large, which drew our attention to other areas. For example Kick Boxing; again I wanted a more close combat sport, focusing on all areas and not solely on kicking techniques.

One evening I was informed about Ju-Jitsu classes available within my area. This had been my chance to find out about this type of self defence and to consider taking part. Whilst watching the class I was extremely impressed with the techniques, as well as the use of close combat.

One situation I remember thoroughly had been with a female student being confronted by a male twice her size. I watched closely, while she had used the Ju-Jitsu techniques to throw the male onto the floor. It was then that I had decided that this was the sport for me.

Once starting my training, the majority was taught by Sensei Steve McDade and graded by Professor James McDade. However one of my main instructors had been Sensei Bob Carmichael, who in fact is no longer with us. RIP.

I have been practising Ju-Jitsu for the past 15 years and achieved my 1st Dan, whilst working as a Police Officer at Bedfordshire Police. I have found my confidence to have doubled when having to face conflicts and confrontations day to day.

As in these situations I have always fallen back onto my training in Ju-Jitsu to deal with such volatile situations. Most of the time I do find myself working independently, and at present I am in a specialist unit, Hate Crime Unit.

As well as training, I have met numerous individuals and have enjoyed working with every single one. Now having accomplished my Black Belt Instructor position, I enjoy teaching too. I hope to train with you, and trust you to have the same enjoyable experience I’ve had during these past 15 years.